Down don't pretend to be anything that they're not.

Regardless of trends, popular opinions, and changing tides, they're uncompromising, unparalleled, and undeniable. That's why they resonate so profoundly in the underground and beyond. After three full-length studio albums, they don't merely have a cult following— they are a cult.

Whether you catch fans debating the meaning of "Stone the Crow," sporting a "Power of the Riff Compels Me" t-shirt, or proudly brandishing a tattoo of their logo, the fervor for this outfit proves feverish. With a collective pedigree spanning Pantera, Corrosion of Conformity, Crowbar, and Eyehategod, there's untainted mystique and magic when Philip H. Anselmo, Pepper Keenan, Kirk Windstein, Jimmy Bower, and Pat Bruders enter Nodferatu's Lair at Anselmo's New Orleans home to record. On the group's forthcoming EP 1, the mythos surrounding Down expands immensely. Staggering riffs, thunderous drums, and Anselmo's inimitable delivery crush and captivate over the course of the collection's six songs. It's dark. It's dangerous. It's decisive. It's Down at their best. In 2011 after touring the world tirelessly behind Down III: Over the Under, they regrouped in the Lair to begin working on new material. There weren't any deadlines. There wasn't any stress. In a sense, it wasn't all that different from the band's first jam sessions in 1991.

"I didn't feel any pressure," affirms Anselmo. "The less I think about it, the more natural it comes. Everybody in the band is well aware of what this is. A lot of artists try to reinvent themselves. They think they need to show different sides of who they are. If there's one thing I've always cherished, it's our core audience. There's no way I'd want to alienate them so we did what we do. You put the five of us in a room, it's going to sound like Down."

Make no mistake about it. The music is unequivocally the product of this iconic entity. Even though the style hasn't changed, the lineup experienced one significant shift. In 2011, long time bassist Rex Brown parted ways with the group, and Bruders joined. Brown's were big shoes to fill, but the bass player instantly felt at home.

"He played his ass off on every song," says the singer. "He plays with his fingers, and there's a certain feel there. It brought a whole lot to the chemistry. He can adapt to anything and what he comes up with is amazing."

With Bruders in the fold, they channeled a tangible and kinetic energy. Songs like the first single"Witchtripper" thrive on Bower's impenetrable percussion, Keenan and Windstein's "Sabb'ed out" guitars, Bruders's propulsive bass, and anthemic hooks. About that track, Anselmo smiles, "The title was an inside joke. It stems from a tour we did in Spain last year. We went to this beautiful town, but there was witch iconography everywhere. Apparently, the entire culture believes in witchcraft. I noticed most of the homes and structures had chiseled-off squarestones on the roof or porch. Those stones supposedly ward off evil entities. We had some fun with it, naming them 'Witchtrippers'. That name stuck"

Across the entire opus, the vocalist conjured some truly vivid and vibrant lyrics. Rather than only focusing on personal experiences, he ventured into some more foreboding territory this time around.

"There had to be a touch of darkness on this record," he reveals. "Down gives me the platform to be poetic and paint imagery with lyrics. That's the approach I took. They complement the music and create an ominous feeling. Ultimately, when people consume the words, it's always their interpretation that matters. I could be image-conscious though when I wrote. It's not so gut level or street. The darker shit is some of my favorite."

The EP's final track "Misfortune Teller" ebbs and flows for over nine minutes with epic intensity andtowering distortion. Culled from a poem of the same title that the singer penned post-Katrina, it's quintessential Down.

"We put too much emphasis on the hand of God, demons, bad luck, karma, Satan, or whatever you want to call it," continues Anselmo. "We try to blame anything besides the fact that shit fucking happens. You can't plan things, and your time here is precious. It's based on that idea. When you're dealt a bad hand of cards, it's about how you deal with life after you get those cards." Then, there's "This Work Is Timeless" which pays homage to the classic nature of the group's collective inspirations over as Anselmo puts it, "My Witchfinder General riff." At the same time, "Open Coffins" raises a mirror to society via a pummeling groove. "It's about a lack of faith in mankind," he goes on. "I'm not going to trust your ass until I'm in the coffin. My coffin is still open. In other words, my eyesare still wide open. It goes for all of us. In the right or wrong position, you don't know how you're going to react. That's the imperfection of mankind. God knows, I'm not fucking perfect, and I'd be the first toadmit that. I speak from the heart though."

He and his cohorts have respectively been speaking from the heart for the entire careers and from the day Down was born. Since then, their legendary 1995 debut Nola was certified platinum, while Down II: A Bustle In Your Hedgerow [2002] and Down III [2007] remain fan and critical successes. They've crossed the globe numerous times from storied performances on OZZfest and Download to jaunts with Metallica.

In the end, one thing remains paramount with EP 1 and the future ahead. "The only thing that makes adifference is that collective of fans," he concludes. "I do believe that we have delivered a record that will be accepted and hopefully enjoyed by the Down horde—if you will. If you're looking for a Down record, it's very pure and real." 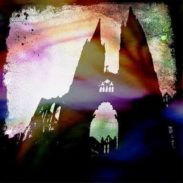 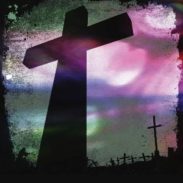 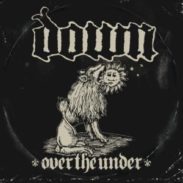