Los Angeles, CA --- Mascot Records has announced the signing of LEVARA, and the premiere of the first recording from the band’s debut studio album coming in 2021.

Trev Lukather, Jules Galli and Josh Devine are LEVARA.   Collectively, their musical union brings life to the individual talents of three musicians that together have enriched the aural landscape for all of us. Their songs offer an escape, as all music does, with points of reflection that relate to any listener’s life. The collective hope is simple. To be the catalyst for each and every person who comes across the music to find revelations through the experience of hearing these songs.

Every tune on the band’s debut emanates from inspiration culled from their lives, and their mission is to rally the globe to connect with the band. These songs display a larger than life sound. A realized vision. Anthemic tunes written and recorded visualizing a mass audience becoming one with the body of work.  Integrating their personal voices to the live experience. Or simply as a personal soundscape cruising the asphalt with the car stereo cranking.

Their union merged in Los Angeles, one The World’s epicenters of musical creativity. Singer Jules Galli emigrated from France, while drummer Josh Devine chose L.A. as home versus his native United Kingdom following success behind the kit with One Direction. There they found common vision with Trev Lukather (guitar), son of Toto’s Steve Lukather, one of SoCal’s most successful ensembles to ever emerge from the city.  On some level these three players believe the universe brought them together.

All of the members have history prior to the emergence of LEVARA. Growing up in Bournemouth, UK, Josh picked up drums as a kid, never put them down, and toured the globe and appeared in two live concert films on the throne for pop juggernaut One Direction. On the other side of the world, California native Trev Lukather ripped on Diamante’s debut album Coming In Hot, and on the road in addition to touring with EDM phenomenon What So Not and performing at top festivals such as Lollapalooza, Bonnaroo, and in arenas. He also found success as a songwriter, co-writing “Love/Hate Heartbreak” for Halestorm’s certified gold debut album alongside other compositions.  After emigrating from France to Florida, Jules Galli relocated to Los Angeles five years ago, and has been an attraction at the popular Hotel Café leading his own ensemble of musicians prior to joining the band. As Galli shares, “When we started to collaborate, we found ourselves in the middle of something really fresh. My lyrics over the instruments created a new vibe none of us had heard before.  We thought it would be a shame to not pursue the potential all of us were feeling.” Devine offers, “We all love classic rock, but we wanted to pay homage to it with a modern twist.  Where’s the rock on the radio? Where’s the music we grew up loving? Where’s the guitar?” Trev Lukather urges, “We bring the feel-good anthems filled with emotion, tension and groove. Providing that much needed mutual escape. We are in it together. Artist to listener.”

Prior to recording their debut, the band toured the United States several times and supported Toto on an arena tour last Summer. While in Europe, they staged several headline appearances across Germany and other countries, floored by the response with fans coming out at every date.  In Early 2020, they began their collaboration with Producer Ethan Kaufmann at Elephant In The Room Studios in East Hollywood. The album unequivocally captured the magic they sought to see take life.

“I believe LEVARA is a band that can spark an influence for young kids and people of all ages to pick up an instrument and feel that connection,” Trev concludes. “At the same time of singing along to anthemic, feel-good, and emotional tunes, you can incorporate the heart and soul that started music in the first place. We want to inspire our generation and the next to want to pick up a guitar, pick up a bass, pick up drum sticks, or go for those high notes vocally.  I feel there is a need for epic ‘pop’ tunes to have that musicianship behind them like the classic bands we all love and admire. I believe we accomplished that with our album. If we can influence that in any way, we are winning.” 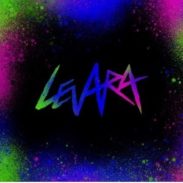