TAX THE HEAT are a modern British band with a classic rock ‘n’ roll sensibility.

On their powerful debut album »Fed To The Lions« is a sound inspired by the great bands of the ’60s - THE KINKS, THE BEATLES, THE STONES, THE YARDBIRDS, THE WHO - but comparable to contemporary artists such as JACK WHITE, QUEENS OF THE STONE AGE and THE BLACK KEYS.

As guitarist/vocalist Alex Veale says: “We love the energy of those ’60s bands. Maximum R&B - that’s the basis for TAX THE HEAT. But we’re taking it somewhere else, bridging the gap between old and new, creating something that has that raw energy but is also original.”

Fed To The Lions is produced and mixed by Evansson, who has previously worked with SIOUXSIE SIOUX, GOLDFRAPP and ROBERT PLANT on his 2005 album Mighty ReArranger. “Evansson is the perfect guy for us,” Veale says. “His approach to songs and sounds is kind of odd and quirky, and that really fits what we’re going for.” As drummer Jack Taylor explains: “We didn’t want to make an album that was too retro. We wanted something that’s our own.”

It was in 2012, in Bristol, that Veale and Taylor formed TAX THE HEAT with bassist Antonio Angotti and guitarist JP Jacyshyn. The friendship between Veale and Taylor dates back to their school days in a West Country village. A chance meeting in 2012 led them to start working together as a duo, before Angotti and Jacyshyn completed the line-up. “We loved the idea of those great blues-rock bands playing in small, sweaty clubs in the ’60s,” Veale says. “That was the blueprint for the songs we were writing. But we wanted to be a little more riffy and raucous.”

TAX THE HEAT played their first gig in January 2013. Later that year, the band’s self-recorded demos gained the interest of Chris Goss, leader of legendary rock band MASTERS OF REALITY and producer of KYUSS, QUEENS OF THE STONE AGE and THE CULT. “Our management asked us for a shortlist of producers,” Veale says, “and Chris was number one on the list. He produced ‘Rated R’ for QUEENS OF THE STONE AGE, and that album is a massive influence on us.” After hearing TAX THE HEAT’s demos, Goss agreed to produce an EP for the band. It was recorded in Bath following a UK tour with MASTERS OF REALITY, and engineered by Tom Dalgety, who went on to produce the debut album by ROYAL BLOOD, which topped the UK chart in 2014 and won the Mercury Prize for best album.

TAX THE HEAT’s EP was released in November 2013 on a limited run of 10” vinyl. Since then, the band’s music has picked up airplay on Kerrang! Radio, Planet Rock and BBC Introducing. In addition, TAX THE HEAT have built their reputation as a live act: touring with THUNDER, REEF, BLACK STAR RIDERS (ex-THIN LIZZY), THE GRAVELTONES, THE VIRGINMARYS and THE CADILLAC THREE; appearing at major festivals, Download and Calling, in 2014; and playing their first headline UK tour in December 2015.

Fed To The Lions is the culmination of this intense three-year period. As Alex Veale says: “Working with Chris Goss is what put us on the path to becoming the band that’s on the album. He made us think about the band in a different way, making it our own thing. And we took that on into the album.”

“It was all about capturing that live energy on the record,” says Jack Taylor. “We didn’t want to go fully old-school with it - we used modern technology. But what you hear on the album is the four of us playing together, no overdubs. A lot of live takes.”

“Rhythm-and-blues rock ’n’ roll is the root of it,” Veale says. “But when you listen to the album, it’s more than that. There’s a lot of depth to these songs, a lot of melodic content. And yet, there’s something from the old school that still remains. The way we play, it’s like all those great old bands that we love. Tight but loose.” 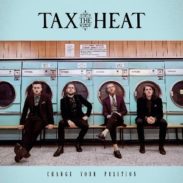 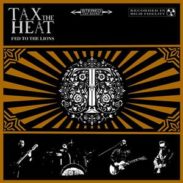