Elles Bailey, the Bristol-based singer, songwriter and bandleader who has powered her way to the forefront of the British blues and roots scene in recent years, returns with the distinctive, no-holds-barred new single 'Cheats & Liars' on August 20. It's the first taste of her eagerly-awaited third album Shining in the Half Light, to follow in 2022.

Both single and album prove that nothing, not even the tumultuous world events of the past 18 months, was going to stop Bailey from pursuing her insatiable creative appetite. She co-wrote every new track, with a variety of collaborators, then recorded the album in isolation in Devon, with her band and new producer Dan Weller – completing work on it just days before she gave birth to her first child.

'Cheats & Liars,' with its Westminster-on-fire artwork, is also a reminder that Elles is unafraid to speak out for the artistic community that she's so proud to be part of. “It's about the people in their ivory towers who told us arts don't really matter, and to go and retrain,” she says. “Thirty-eight percent of musicians, including myself, didn't get any kind of government funding, and some people lost everything. It's been quite hard watching how arts has been undervalued at a time when that was what was bringing people together.”

Just so it didn't get dull during 2020 and early 2021, the height of the pandemic also gave rise to her series of cover version livestreams, Ain't Nothing But. The ensuing record was nominated as Blues Album of the Year at the UKBlues Awards 2021, where Elles was named UK Blues Artist of the Year. This after her sophomore set, 2019's Road I Call Home, recorded in Nashville, was named Album of the Year at those awards, and its 'Little Piece of Heaven' (written with American greats Bobby Wood and Dan Auerbach) became UK Song of the Year at the UK Americana Awards.

During her unstoppable emergence, Elles has won a reputation as one of the hardest-working artists in the business, and one who really has called the road home with hundreds of acclaimed live performances. This time, as for the rest of us, home really means home, but she managed to turn lockdown into liberation.

“It's the first album I've made here in the UK, I was six months pregnant when we tracked it, and it was made right in the middle of a pandemic,” she laughs. “It still sounds like an Elles Bailey record, but it does feel like it's expanded and been given a new perspective. My band is on fire as well!”

The album title also reflects the positivity that she was determined to pay forward in dark times. Says Elles: “It's called Shining in the Half Light because there we all were, in this time of complete uncertainty, fear, worry and isolation, and yet artists were still putting themselves on a screen, warts and all, and that brought people together, breaking down barriers and creating a special connection. I was so inspired by all the musicians and poets and everyone who were like, 'I don't quite know how to do me in this time, but I'm going to try anyway.' That to me is what the album is about. Being inspired in a time that was quite frankly, really uninspiring”

In other news, ‘Cheats & Liars’ enjoyed a world exclusive on The Blues Show with Cerys Matthews, on BBC Radio Two, on Monday night.

Elles is also delighted to make a special announcement: “We all know that I got fully involved with streaming during the lockdowns — bringing you different shows with different line-ups — but I was never able to get the full band back together. This has finally been rectified! On 24th Sept 2021, I will bring you a never been seen before 8-piece Bailey extravaganza, showcasing songs from my new record!”

Tickets are available now and allow you to watch up to 72 hours after the event.

You can get a taste of where Elles is at in the colourful video clip that she’s released as a taster for her set at the British Blues Boom three-weekend festival. Naturally, the clip features Elles’ much-lauded vocals and performance, and it also gives you a tantalising glimpse of the full 8-piece line-up and their sound. 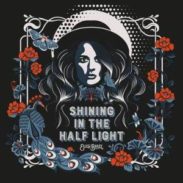