Two-time GRAMMY-nominated blues-rock titan Joe Bonamassa returns with a brand new studio album, ‘Redemption’, which will be released on 21 st September 2018 via Provogue/Mascot Label Group in Europe and J&R Adventures in North America.

Redemption, Bonamassa’s 13th solo studio album and third in a row of all original material, sees him at his most ambitious and diverse as he continues to redefine and push the barriers of blues-rock. It features a collection of 12 exhilarating songs that reflect the re-birth that he is currently going through. “I’m going through some other stuff in my life I didn’t expect to be going through. It’s a rising, it’s contrition, it’s acceptance, it’s everything. It’s painful, but knowing that there’s a rising coming,” he explains.

The album reunites Bonamassa with some of Nashville’s finest music minds such as Tom Hambridge, James House, Gary Nicholson as well as Richard Page, Dion Dimucci and continues his long creative relationship with Kevin Shirley. “From a Producer’s perspective, this is far and away the most challenging and diverse album that Joe has ever made, “ says Shirley

Shirley elaborates further, “We’re always trying to do different things with Joe. I’m always trying to push him and push him in different directions and I think it’s one of the things that makes it exciting, that he’s always pushing boundaries. On the last record I took the keyboard player out of the equation and I brought two drummers, because I wanted Joe to play hard. This time around it was a little different, I still wanted him to play hard, but I needed him to be a reactive player, so that was one of the reasons for introducing the other guitar players and it was sensational.”

The album opens with a tip of the hat to Led Zeppelin on ‘Evil Mama’ which burrows into a deep groove before ripping into the rockabilly-tinged boogie blues of ‘King Bee Shakedown’ that requires you to get up and dance. Next, Bonamassa dips into his Black Country Communion influence to tell a tragic tale with timeless hard rock riffs for ‘Molly-O’ and then channels Tom Waits on the late night after hours of ‘Pick Up The Pieces’. Joe explains that the track ‘Self-Inflicted Wounds’ is one of the best songs that he has ever written and ‘Deep In The Blues Again’ features a driving rhythm that will make you set your car stereo to repeat.

There is an overwhelming theme of redemption and salvation but also a sense of strength and empowerment running through the record. “It’s this yearning to redeem yourself after just this tremendous loss and this tremendous feeling of pain,” explains Bonamassa. The sense of vulnerability unfolds in the opening lines of the title track, ‘She took the fire as she was leaving, no forgiveness and no confession, now I'm sifting through the cold grey ashes, looking for peace and my redemption.’

Talking about the new album Joe elaborates further, “I really feel the new material is deeper, lyrically and musically! We try to get a little deeper every time we come out.” Shirley continues, “It is a brand-new look at the Blues, in what is clearly Joe’s deepest and darkest most personal album yet, which is a masterpiece of desperation - melodic and cinematic in this presentation.”

‘The Ghost of Macon Jones’ sees Joe trade vocals with Nashville country singer Jamey Johnson as they recount a cautionary tale of a rural renegade. ‘Just Cos You Can Don‘t Mean You Should’ channels Albert King for an upbeat taste of blues-rock euphoria before Bonamassa makes light of his trials and tribulations on ‘I‘ve Got Some Mind Over What Matters.’

Then we hear Joe strip down to only acoustic guitar and vocals on the heart-breaking tale of ‘Stronger Now In Broken Places’, which promises that things will be better over time and features Midnight Oil’s Jim Moginie providing soundscapes and Kate Stone on the handpan. After this intense musical journey Joe wraps it all up with a traditional Blues Rock tune with “Love is A Gamble.”

When listening all the way through Redemption, you see the real shades of light and dark, for every trip into the tender depths of emotion there are some glorious hip shaking moments of joy and all the while accompanied by supreme musicianship and Bonamassa’s masterful and rich guitar playing. “I think this record could have some of the best writing I’ve ever done along with James House, he’s a national treasure that guy, Tom Hambridge, the same thing, Gary Nicholson, Gordon Kennedy and Danny Flowers,” Joe explains. “I’m really excited for people to hear it and it's not the same thing that I’ve done. It’s different, good different, not just different for the sake of being different.”

Bonamassa is on fire right now ‘Redemption’ sees him at his creative peak up to this moment and follows on from 2016's outstanding ‘Blues of Desperation’ which reached #3 in the Official UK Album charts, top 10 across Europe and #12 in the Billboard Charts. In the two years since his last studio album he has continued his formidable touring schedule, playing sold out shows across the globe and also his unfaltering excellence in other projects such as 2017's reformation and new release ‘BCCIV’ from super group Black Country Communion (with Glenn Hughes, Jason Bonham and Derek Sherinian) reaching their highest UK charting position to date at #7, his collaboration ‘Black Coffee’ with Beth Hart as well as the incredible live Concert DVDs with 2018’s ‘British Blues Explosion Live.’

With unrivalled guitar prowess he is a once in a lifetime artist that has an insatiable desire to push himself on every level, “for as long as I’ve been doing it, it’s still fun and it’s still exciting and it’s still fun to figure out uncharted waters,” he says. 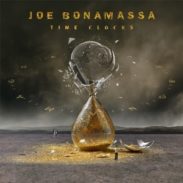 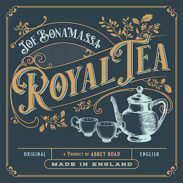 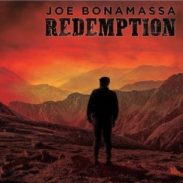