KORN has announced details of their widely anticipated new LP, THE NOTHING, which will be released September 13th on Roadrunner Records / Elektra (album art / track listing below). Today, the band has shared the album’s first single “You’ll Never Find Me,” which is available at all DSPs along with a visualizer streaming on KORN’s YouTube channel.

KORN vocalist Jonathan Davis elaborated on the forthcoming LP: “Deep, within our Earth lives an extraordinary force. Very few are aware of the magnitude and significance of this place where good/evil, dark/light, bliss/torment, loss/gain and hope/despair all exist as one- pulling at us every moment of our lives. It’s not something we can choose to navigate, but rather an awareness of this ‘presence’ that surrounds us with every breath, as if we are being watched at every moment.  It’s the place where black and white energies attach themselves to our souls, and shape our emotion, choices, perspective and ultimately our very existence.  There is a miraculous and small realm within this vortex and it’s the only place where balance between these dynamic and polarizing forces exists -where the soul finds its refuge. Welcome to…..THE NOTHING.”

KORN’s THE NOTHING is available for pre-order today with exclusive bundles available at www.kornofficial.com.  Produced by GRAMMY® Award-winner Nick Raskulinecz, THE NOTHING follows the band’s acclaimed 2016 LP, THE SERENITY OF SUFFERING, which debuted at #4 on the “Billboard 200,” #1 on both the “Top Rock Albums” and “Hard Rock Albums” charts, #3 on the “Current Albums chart,” and includes the GRAMMY® Award-nominated single “Rotting In Vain.”

This summer, KORN will embark on a North American co-headline tour with Alice In Chains set to kick off July 18th in Del Valle, TX at Austin360 Amphitheatre.  The tour will see Underoath joining as special guests on all dates - with Ho99o9 and FEVER 333 opening on select dates - and includes stops in Dallas, Nashville, Toronto, Denver and more before wrapping September 4th in Mountain View, CA at Shoreline Amphitheatre. Tickets for all dates are on sale now at www.LiveNation.com.

KORN changed the world with the release of their self-titled debut album.  It was a record that would pioneer a genre, while the band’s enduring success points to a larger cultural moment.  The FADER notes, “There was an unexpected opening in the pop landscape and KORN articulated a generational coming-of-angst for a claustrophobic, self-surveilled consciousness. KORN became the soundtrack for a generation’s arrival as a snarling, thrashing, systemically-restrained freak show.”

Since forming, KORN has sold 40 million albums worldwide, collected two GRAMMYS, toured the world countless times, and set many records in the process that will likely never be surpassed. Vocalist Jonathan Davis, guitarists James “Munky” Shaffer and Brian “Head” Welch, bassist Reginald “Fieldy” Arvizu, and drummer Ray Luzier, have continued to push the limits of the rock, alternative and metal genres, while remaining a pillar of influence for legions of fans and generations of artists around the globe.  The level of KORN’s reach transcends accolades and platinum certifications.  They are “a genuine movement in a way bands cannot be now,” attests The Ringer.  They represent a new archetype and radical innovation, their ability to transcend genre makes barriers seem irrelevant. 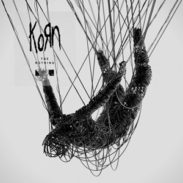 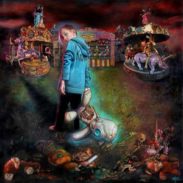 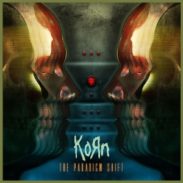