Devon born Kris Barras picked up the guitar and took up martial arts as a child. After playing in bands throughout his teens he became disillusioned. He had toured the east coast of the USA twice and recorded an album in Philadelphia, but struggled to get to the next level. By his early 20s, offers for fights were coming thick and fast. Music took a backseat as he travelled the world to compete in MMA tournaments, winning 14 out of 17 fights and even settling to live in Las Vegas and Thailand.

“People used to think I was crazy to be fighting in cages, risking damage to my hands,” he says. “Truth is though, I always enjoyed it and found that the fighting world offered me more opportunities than the music industry. I got to fight in front of 8000 people in Asia, I would’ve much rather have played to them instead of getting punched in the face.”

At 19 he owned a guitar shop which ended up going bankrupt, which became the inspiration for I Don’t Owe Nobody Nothing (from The Divine and Dirty).   He retired from the cage in 2014, feeling like he had achieved everything that he was going to achieve. It had consumed his life for so long, making so many sacrifices that he felt that it was time to move on and concentrate on the coaching side of things, and to start enjoying the music again. “Fighting was an adrenaline thing,” he says of his decade-long MMA career. “I got a massive buzz doing it – it was incredible. You’re under incredible amounts of pressure. You put a foot wrong, you don’t just lose, you can lose your teeth. But I thrive on pressure, whether that’s fighting or music.”

He self released his debut album ‘Lucky 13’ in April 2016 and over the following year toured the UK where he began to build up a following as well as European shows in Noway, Germany, Slovakia, Poland and The Netherlands. It was during his first performsnce at Ramblin’ Man Fair in 2017 where he was introuced to Provogue/Mascot Label Group – home to Joe Bonamassa, Beth Hart, Black Stone Cherry, Monster Truck and the Kenny Wayne Shepherd Band.

His second album The Divine And Dirty, was produced by Josiah J Manning at Momentum Studios in Plymouth, UK and was released on 23 March 2018, his first album on Provogue/Mascot Label Group. Just as the title refers to the good and the bad within us all, the album encapsulate everything Barras has been through to this point. The album was rapturously recevied by the UK media including BBC Radio 2, Planet Rock Radio, Classic Rock Magazine as well as the blues, rock and guitar press. He toured the UK prolifically over the following year.

This journey saw the band not take a breath as they  criss-crossed the country on 4 UK headline tours -  each time the venues increased in size, and every time with sold out shows. He joined Beth Hart for a 10 date UK run as well as shows overseas, then 9 dates on tour with Joanne Shaw Taylor, not to mention shows with GUN, King King, The Magpie Salute, Therapy?, John Mayall & the Bluesbreakers, an unprecedented one-in, one out performance at Planet Rockstock and a full European tour with Jonny Lang and Walter Trout.  He played to 3 million people on BBC Radio 2 – which caused host Richard Madeley to exclaim, “That’s the reason I love doing this show!”  They have also had numerous A-Iist singles at Planet Rock Radio, won the stations prestigious 2019 ‘Best New Band’ award which led to him being asked to guest present two shows on the station. He even found time to join Supersonic Blues Machine as the new singer-guitarist with the legendary Billy F. Gibbons, joining for their debut European tour,  playing Shepherd’s Bush Empire, London and a host of sold out shows and festivals across the continent. If that wasn’t enough to keep him busy he will be joining Kentucky arena rockers Black Stone Cherry on their July UK tour and then making history as the first band ever to play Ramblin’ Man Fair, three years running on a bigger stage each year; from the Rising Stage to the Main Stage, which perfectly encapsulates this bands journey. Faraway from when Barras played the grassroots circuit with a mixture of originals in amongst covers to 20-30 people – from covering ZZ Top in pubs to playing with Billy F. Gibbons in the same band, in 2 years. In March 2018, he sold 75 tickets for the London album launch at Thousand Island, and only 11 months later returned to play to 500 people at the main room of the Garage, London.

In June 2019 he announced his new album ‘Light It Up’, to be released on 13 September, via Provogue and produced again by Josiah J Manning, ‘Light It Up’ sees him at his most expressive yet, forcing himself out of his comfort zone. “I kinda forced myself to write songs a different way. The biggest difference for this album was that I didn’t pigeonhole myself in any way, I didn’t feel like I had to conform. I just sat down and wrote songs I wanted to write, with a sound I wanted to produce, not thinking about genre whatsoever.”

Most of the songs on the album were written during the night between 11pm and 6am. “I write most of my songs best through the night” he says. “I think it’s the declutter aspect, I’m quite a hyperactive person. During the day I find myself thinking of a million different things and at night I find that my mind doesn’t wander as much and I can just access the more creative part of me.”

He’s played with some giants in music from John Mayall to Beth Hart and Rich Robinson, but it’s been the time with Billy F. Gibbons that really hit home the journey so far. “To be stood on stage with Billy Gibbons every night playing ‘Sharped Dressed Man’, that was just absolutely crazy, I never thought that would happen in my wildest dreams. Just being around Billy Gibbons is hugely inspiring. He had a phrase he used to say; “we don’t have to do it, we get to do it” and that phrase really struck a chord with me, we’re very fucking lucky to be able to go on this stage and play.”

Maybe it’s the songs, the performance and maybe it’s his personal connection to his fans that’s he meets every night. Because he’s been that fan. A young Kris Barras saw one of his favourite upcoming bands, Black Stone Cherry at the 200 capacity Exeter Cavern in June 2009 and, just over 10 years later he is to tour with them, beginning in July 2019 with a sold out show at Caerphilly Castle.

It may be a rocket of a ride so far, but it’s only just begun. 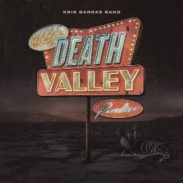 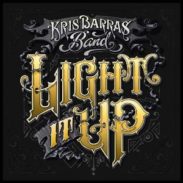 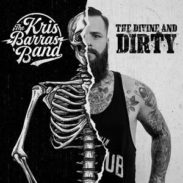