Ever since the early-aughts super-combo of Hybrid Theory and Meteora, Linkin

Park has been doing something popular artists just don’t do: going off-menu.

the foundation of their success in search of fresh new sounds and ideas. On the

records that followed, Minutes to Midnight and A Thousand Suns, LP made the

courageous leap into the unknown.

The learning curve was arduous, but a necessary and welcome challenge for the

band. "Hybrid Theory" isn’t just the title of the first album, but a career mission

statement. From day one, Linkin Park built the band upon the premise of fusing

players have not only developed new tools to make that philosophy a reality, but

OK, maybe not the XXL work shirts and neon hair dye of the early days. But in

their music, the band has spent the past year reinventing how to tastefully bridge

the gap between all the musical destinations they’ve visited, and how to marry all

the ideas they’ve accumulated. And as LIVING THINGS began taking shape, for

the first time Linkin Park was eager to use every tool in their toolbox. With each

song, they flexed their expertise with both cutting-edge and classic gear, and they

infused their vocals with an honest, thrilling enthusiasm; they picked apart their

LIVING THINGS is a personal album, centered on human emotions and

relationships implied by the title. It is informed by and built upon all previous

spirited, energetic, daring and unafraid to hybridize the past, present and future. 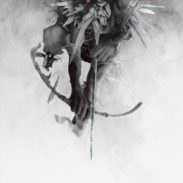 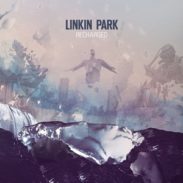