Death is inevitable. Time is a precious, finite resource. Regret springs solely from our collective inability to square these two truths. A friend suddenly passes away and you’re left to think about all those times where you could have said how much you appreciate them and didn’t - because you figured there would always be a next time. A partnership collapses and you’re left to reflect on the moments you took for granted, the ways you could have been more present. A band lacks the foresight to predict that touring will cease to exist for two years and doesn’t leave it all on the stage that last night; or, think of the fan that doesn’t stick around for the encore because they wanted an extra half hour of sleep.

These concerns were not hypothetical for Mastodon. The core lineup has been in place for 21 years, an eternity in the highest echelons of metal, where even the most legendary band names eventually become brands staffed by a rotating cast of hired guns. And yet, Brann Dailor, Brent Hinds, Bill Kelliher, and Troy Sanders experienced enough individual and collective tragedy to threaten their adamantine bond - the death of their longtime friend and manager Nick John after battling pancreatic cancer, a devastating global pandemic that put their faith, families, and livelihoods in jeopardy. Mastodon’s decades of success and the brotherhood between its four members had not made them any more immune to the possibility that it could all splinter tomorrow. Mastodon had a glimpse of the end and committed to a new beginning - and Hushed And Grim does not take a single moment for granted.

And there are more of these moments than on any previous Mastodon release. It initially feels reductive to simply describe Hushed And Grim as Mastodon’s ninth album - at 88 minutes, their first double LP boldly defies conventional assumptions about attention spans in the streaming era. With the expanse of a studio film, the texture of a novel and the breadth of a Greatest Hits, Hushed And Grim is Mastodon paying tribute to John by building an eternal monument. “He’s always been an influence when he was alive,” Hinds wistfully states. “And he’s even more of an influence now.”

Consider why double albums are frequently called “monumental.” Mastodon is very much aware of what this format says about their legacy in heavy music. Dailor recalls his formative teenage years absorbing every note of world-building epics like The Lamb Lies Down on Broadway, Physical Graffiti, and The Wall, milestone works from bands whose inspiration and craft have simultaneously reached a zenith. “It takes some balls to put out a double album these days or takes some ovaries,” Dailor quips. “I've been trying to say ovaries because I think it's more powerful.”

Mastodon fundamentally altered the course of 21st century metal on 2004’s classic Leviathan, and every album thereafter continued to shape the genre in their image. In 2018, five-time nominees Mastodon won their first GRAMMY®, with “Sultan’s Curse” earning Best Metal Performance. Arguably more impressive was Emperor of Sand being nominated for Best Rock Album, with lead single “Show Yourself” hitting the top five on Billboard’s Mainstream Rock chart. Without sacrificing an iota of their intensity and intelligence, Mastodon’s imprint on pop culture has spread from Adult Swim to late night network television, from the History Channel’s Counting Cars to HBO’s Game of Thrones, from DC Comics Dark Knight Metal to Bill and Ted Face the Music.

But as Sanders points out, “the most solid representation of us is when we get in our cycle and craft a wholesome, dynamic and beautiful record from top to bottom. That's what we ultimately thrive on.” Hushed And Grim only emphasizes what the band’s many accomplishments has expressed to this point - Mastodon have transcended genre of any kind, animated by an unwillingness to compromise that results in their most expansive and accessible release yet. There are no interludes, no filler, none of the stereotypical bloat that accompanies even the most revered double albums. With the spirit of Nick John coursing throughout its entirety, “every song has a place in our hearts,” Kelliher stresses.

Throughout, Mastodon travel through time and space, through memory and imagination, drawing on their experience and formative influences to open new portals. On “Pushing the Tides,” they exist at the thrilling intersection of metal and post-hardcore, “The Beast”’s heaving Southern rock, replete with a countrified contribution from guitarist Marcus King, creates an alternate history of the Allman Brothers sharing a bottle of Jack Daniels with Black Sabbath, “Had it All” features a guitar solo from Soundgarden’s Kim Thayil and some classical French Horn by Jody Sanders, Mother of Troy, reimagining Mastodon as a band intermingling with the monsters of Headbanger’s Ball. It’s all overseen by the legendary producer David Bottrill now including Hushed And Grim alongside his prior progressive pop landmarks from Peter Gabriel, Tool and King Crimson.

Yet for all of their technical mastery and ambitious musicianship, the most daring aspect of Hushed And Grim comes from the voices of Mastodon themselves. It’s not just in the tremendous growth all members have made as vocal performers, exemplified in the explosive shouts of “The Crux” and the aching refrain of “Skeleton of Splendor”; there’s an unmistakable expressive grit that cannot be coached, that takes years of endurance and pain to unlock.

As Mastodon’s music continues to expand outward, each member traveled inward, more deeply to unearth their most emotionally transparent lyrics yet. “One thing I've noticed about longevity is that you kind of eliminate layers of bullshit and become more honest,” Sanders muses. In the past, Mastodon albums were so memorable in their metaphorical heft that it threatened to swallow them whole - they’re the Moby Dick band, the Rasputin band, the guys who wrote about wolves and skulls. “We pull authentic emotion from our life experiences,” Sanders explains. “And we channel that through the art that we call Mastodon.” And the themes of heartbreak, of joy and hope that have always underpinned the band’s most referential work are pushed to the fore on Hushed And Grim.

Look, they’re still called Mastodon - the metal is here, Kelliher and Hinds’ riffs are still massive, Sanders’ bass can level a mountain and Dailor’s drumming is every bit as dazzling in its intricacies. Yet, the towering “Had It All” was originally built from Sanders’ simple acoustic strum, Kelliher and Hinds’ interplay impresses with a newfound, nimble sense of melody and Dailor’s restraint is as thrilling as his blinding fills as “The Beast” brings a slow Southern shuffle to their repertoire. But Hushed And Grim dares you to see Mastodon as what they’ve always been - four friends from Atlanta who are subject to the same struggles as you and I. “I’ve turned the grief to medicine,” “I feel the pressure,” “death comes and brings with him sickle and peace,” “leaving you behind is the hardest thing I’ve done,” these are their refrains, to be shared between Mastodon and the listener as equals. “My love, so strong/The mountains we made in the distance/Those will stay with us” - these are Mastodon’s parting words on the closing “Gigantium,” and we is all-inclusive, to themselves, to the fans that have stuck with them throughout the years, and the new ones to come. And to Nick Johns’. Our time together can’t possibly last forever and, inevitably, Mastodon may one day be no more. Hushed And Grim will remain. 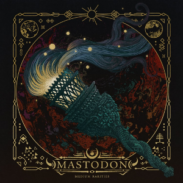 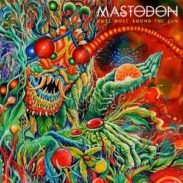 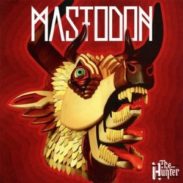