Roadrunner Records band Motionless In White have announced their anxiously awaited new full-length album, Scoring The End of the World, set for release on June 10, 2022. It is available to pre-save on all streaming platforms today with exclusive merch bundles available for pre-order in the band’s official store [album art / tracklist below]. To herald its arrival, the Scranton, PA quintet have also shared the first single “Cyberhex” which is available on all streaming platforms and joined by an official music video directed by the band’s guitarist Ricky Olson and Logan Beaver —now live on the band’s official YouTube channel.

Vocalist Chris Motionless elaborated on the ambitious new project stating, “‘Cyberhex’ is my love letter to you, our fans, for everything you have done for me over the course of some of the most mentally taxing few years I’ve had to go through. At times where I felt like my world was ending, as well as the world around us, it was always in my mind that I was able to turn to the special relationship we have created together for help, and I cannot thank you enough for that. Outside of my own personal experiences, it has been equally as fulfilling to me to see that in the face of tireless forces that continue to try and perpetuate hatred and negativity towards so many of us coexisting on this planet, we have all stood together to resist and fight back knowing that love and compassion will always prevail. We ARE the resistance. We ARE Cyberhex. I love you. Thank you.”

On “Cyberhex,” an ominous synth melody snaps like the click of a trigger into a pummeling glitchy guitar riff as vocalist Chris Motionless warns, “There’s no tomorrow.” His apocalyptic verses give way to a robotic sample, “Initiate Cyberhex,” before the cataclysmically catchy chorus takes hold. Strings pierce the militaristic bridge, and screams cut through the chaos. In what may be their most cinematic visual yet, the story of the song comes to life on-screen under Olson’s deft direction.

Scoring The End of the World fully encompasses the expanse of the band’s dynamic, deep, and dark vision, and marks the band’s first full-length body of work in three years since 2019’s Disguise.  The latter has quietly made a major impact on rock music and culture. The single “Another Life” stands out as their most-streamed song ever with over 23 million YouTube views on the music video. The record claimed a spot on Loudwire’s “50 Best Metal Albums of 2019,” plus it ignited the creative renaissance that would set the stage for the statement-making Scoring The End of the World.

Later this month Motionless In White will kick-off a massive triple co-headline North American tour.  Deemed the Trinity Of Terror Tour, the run will feature the unholy triumvirate of Motionless In White, Black Veil Brides and Ice Nine Kills and will be the first time ever that fans get to see all three bands on the same stage each night [full itinerary below].  The coast-to-coast outing, which will see the three bands alternating closing sets each night, is set to kick off on March 17th in Mesa, AZ and make stops in Los Angeles, Chicago, Salt Lake City, Philadelphia, and more, before wrapping up with a performance at Norfolk’s Chartway Arena on April 27th. For tickets and more information, visit www.trinityofterrortour.com.

Last year, Motionless In White unleashed the standalone single “Timebomb.” It has gathered 5.7 million Spotify streams and 1.6 million YouTube views on the music video. Earning critical acclaim, Loudwire hailed it as “dark but uplifting – and heavy,” and KERRANG! urged, “prepare your neck.”

About Motionless In White:

In 2006, Motionless In White materialized out of Scranton, PA with an inimitable conjuration of sharp metallic rock, nocturnal industrial, magnetic melodies, and larger-than-life visual imagery. The quintet—Chris Motionless [Vocals], Ricky Olson [Guitar], Ryan Sitkowski [guitar], Vinny Mauro [drums], and Justin Morrow [bass]—quietly clawed their way to the forefront of hard rock, gathering nearly half-a-billion cumulative streams and views to date. Following the success of Creatures [2010] and Infamous [2012], Reincarnate [2014] sunk its teeth into the Top 10 of the Billboard Top 200, bowing at #9 and capturing #1 on the Top Rock Albums Chart. Both Graveyard Shift [2017] and Disguise [2019] cracked the Top 5 of the Top Hard Rock Albums Chart and Top Rock Albums Chart. The latter yielded the band’s biggest hit to date, “Another Life,” followed by “Brand New Numb” and “Disguise.” Along the way, they sold out headline tours and supported everyone from Slipknot and Korn to Breaking Benjamin. Not to mention, Motionless In White have collaborated with Jonathan Davis of Korn, Maria Brink of In This Moment, Dani Filth of Cradle of Filth, Tim Sköld of KMFDM, Caleb Shomo of Beartooth, and more. The five-piece kept busy throughout 2020 with the Deadstream event performance of Creatures for its decade-anniversary, a cover of The Killers’ “Somebody Told Me,” and the standalone single “Creatures X: To The Grave.” Once again, Motionless In White return to the studio and the road in 2021 as they perfect the poetically pummeling sound they patented. 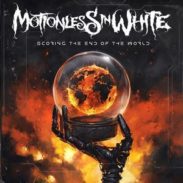 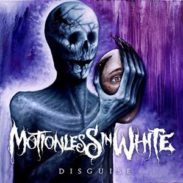 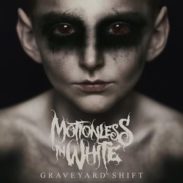