New York, NY – June 12, 2017 – GRAMMY-nominated electro-experimental rock band MUTEMATH teased the release of their new album, Play Dead, with last week’s unveiling of “Hit Parade,” and today they are excited to announce that they will be embarking on a massive U.S. Tour this fall. PLAY DEAD LIVE kicks off in Boston on September 14 th and will run through late October. The band will be making stops in major cities including New York City, Philadelphia, Miami, Los Angeles, Nashville and more.

Just last week, MUTEMATH hinted at the release of their highly anticipated fifth studio album. The collection deviates from the sunbeam laced songs that comprised 2015’s Vitals, the electronic spin of 2016’s Changes, and their latest release, a collaboration EP with Twenty One Pilots entitled TØPxMM (The MUTEMATH Sessions). In making this new music for Play Dead, the band took an unhinged and unguarded approach, while also pulling inspiration from previous albums including, 2011’s fan-favorite Odd Soul. A release date and more information will be announced soon!

The band will also make a return to Europe later this summer for a handful of exclusive dates, and they are confirmed to open for their friends Twenty One Pilots on the duo’s Tour de Columbus run. MUTEMATH will also perform at this year’s Austin City Limits Music Festival, among others. 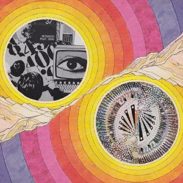