There’s a lot missing from today’s generation of rock & roll bands: groove, soul, and swagger; but most importantly – honesty and danger. Without these elements, or “ways of life,” music loses its edge and its ability to move people. Luckily for the music and personalities of California’s Rival Sons, they have not abandoned this ethos.

Rival Sons is a raucous, maximum-blues-infused, hard rock band, who explode with the rhythm and roughness of some of the greatest rock acts of all time. From a self-released full-length album (Before the Fire) and EP (self-titled), to the strength of their live performances, the band gains major attention everywhere they play. Recent accolades include a stint opening up for legends like AC/DC and Alice Cooper, several USO shows with Kid Rock, and a televised performance, center track, in the pit, at The Indianapolis 500, the world’s largest sporting event. The Huffington Post even dubbed Rival Sons as “one of the top 5 bands to watch” during 2010’s CMJ Music Marathon in New York City.

Despite the achievements and rabid following, Rival Sons have already attained on their own accord, any member of the band will say creating quality music and leaving a lasting impression is what matters most. Lead Vocalist Jay Buchanan, guitarist Scott Holiday, bassist Robin Everhart, and drummer Mike Miley, pride themselves on being the sum of their parts. They were brought together by a love of music, both common and uncommon influences. More importantly, they came together to bring the current state of rock and roll back to it’s finest elements (see opening statement). Their artistic chemistry is true. In their own words, they “want to give the people the rock and roll they deserve by keeping it honest, visceral, and dangerous”.

It’s that heart, the independent and fighting spirit of Rival Sons, which brought the band to Earache Records fall of 2010. “There was just the right amount of audacity and bending of the rules for us to dig the idea of being on a [traditionally] death metal label.” Says guitarist, Scott Holiday.

Rival Sons’ full length Earache debut, recorded in Los Angeles, was released worldwide in May 2011. On this record, the band committed themselves to creating an experience that closely matches the attitude and excitement of one of their live performances. Right off of a 4 week stint on the road, Rival Sons wrote, recorded, and mixed the album in just 20 days; this ensures a rawness for both the listener and the band. Explains frontman, Jay Buchanan, “in the code of the Samurai, any decision must be made between 3 and 5 breaths … Writing by that code forces us to act, go with our instincts and really, truly listen to each other. Creatively, you’re bringing your most immediate instincts.” This method of writing, is not new to Rival Sons.

Proven fruitful, this method was originally used while creating Before The Fire. As Holiday puts it, “This is just the simplest way to not cheat ourselves or the listener. Rock and Roll can’t be over-thought, and if it is, it loses it’s immediacy and instinct … it needs to be a knife fight, not a knife dance.”

The ‘Pressure and Time’ album immediately lit the fuse that sent Rival Sons into overdrive. Not only did the album gain rave reviews, but the subsequent live work from the band made sure that fans were left in no doubt as the authenticity of the music, and the passion with which the band played the songs on stage. Playing prestigious festivals like Sonisphere, T in the Park, Werchter and Arras, the band were also as at home supporting metal legends Judas Priest as they were playing headline dates. The record quickly charted in the UK, Germany, Sweden, Norway, Switzerland and beyond, and by the time Rival Sons embarked on their first full length headline tour of Europe in November 2011 the band had sold out every UK show as well as gigs across the continent. The band also made their debut live TV appearances in Germany and America, and found time to appear live at the annual Classic Rock Awards, where they performed a magical acoustic set to the assembled dignitaries.

At the end of 2011, Rival Sons were voted ‘Best New Band’ by listeners of Planet Rock radio, and found ‘Pressure and Time’ voted No.2 Album of the Year by Classic Rock Magazine. The band will record a brand new album in Nashville in February 2012, followed by a 14 date UK tour with Black Stone Cherry.

Groove, soul, swagger and danger are the ethos by which the Rival Sons live and breathe. They claim to have sworn an oath to keep the process and their performance to nothing less than honest. Their music sums up a time when Rock made more than a “viral buzz”. Rival Sons harken back to when the thrill of rock and roll truly made a difference … And that time has been resurrected. 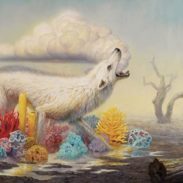 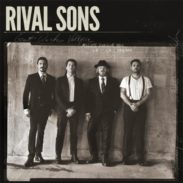 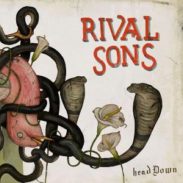