Planet Zero serves up an incisive look at the issues at hand: cancel culture run rampant, the corrosive effects of social media on mental health and society, and the increasingly toxic division among those of differing ideologies. Featuring Shinedown’s explosive yet artfully crafted sound and urgent lyrics, single “Planet Zero” rings the alarm on a dystopian warning of the dangerous consequences to come when it all goes too far, and we begin to lose our respect for those with differing opinions and our compassion for one another.

Says Brent, “If we shut each other down and allow ourselves to be divided by the information we consume and the way we talk to each other, we lose our humanity. When you look outside of your phone, you’ll see there are so many people doing good things and trying to take care of each other. But we’re starting to see parts of society slip into an unknown. Planet Zero was written for all of us. The fact is that we’re all here on this planet no matter what, so it’s time to actually move forward together with empathy, perseverance and strength. With that said….welcome to PLANET ZERO.”

Over the last two decades, Shinedown have cemented their status as one of the most vital and forward-thinking powerhouses in modern rock. Their most ambitious and masterfully realized work to date, Planet Zero is a high-concept, ultra-vivid, viscerally charged saga.  A critical yet optimistic look at the fractures and frays of a society that has undergone many challenges in the last few years, the album is part social commentary and part in-depth exploration of the human psyche.

Produced by Shinedown’s Eric Bass (who also produced the band’s 2018 acclaimed album ATTENTION ATTENTION,) and recorded at Bass’ newly built Big Animal Studio in South Carolina, Planet Zero matches its immersive world-building and takedown of authoritarianism with a deliberately unvarnished sound, and the album is spliced with interludes featuring Cyren, an insidious and unsettling robot character that appears throughout the Planet Zero journey. While a raw ferocity fuels much of Planet Zero on tracks like “The Saints of Violence and Innuendo,” “No Sleep Tonight,” and “America Burning,” there is also hope, triumph, and reminders that we all need one another on songs like “Daylight,” “Dysfunctional You,” and “A Symptom of Being Human.”  After all, it is the band’s impassioned striving for unity that has long been at the heart of their creative output and deeply informed the making of Planet Zero. Not only a driving force for their songwriting, their humanitarian outlook led Shinedown to be one of the first artists to fundraise for non-profit humanitarian aid organization Direct Relief in the early days of the COVID-19 pandemic, raising more than $400,000 with their “Atlas Falls” relief effort. 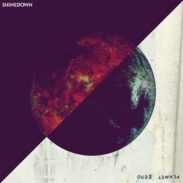 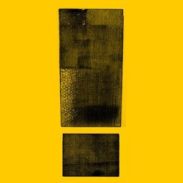 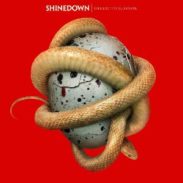 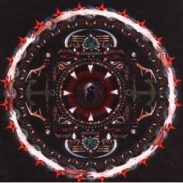