Theory of a Deadman

Honesty is always the best policy. Theory of a Deadman adheres to that age old adage on their fourth album for Roadrunner/604 Records, The Truth Is…

The platinum-selling Vancouver quartet builds arena-ready hooks around hard rocking stories of good times, bad times and everything in between. “Lowlife," is a raucous anthem celebrating simple pleasures. Meanwhile, "The Bitch Came Back" gives a hilarious send-off to a bad ex with roaring guitars and flourishes of horns. "Hurricane" stirs up a storm of emotions over an orchestral hum of guitars and massive chorus. Then there's "Head Above Water," which delivers an uplifting, contemplative message encased in mid-tempo rhythms. Theory of a Deadman—Tyler Connolly [Lead Vocals, Lead Guitar], David Brenner [Rhythm Guitar], Dean Back [Bass], Joey Dandeneau [Drums]—are telling the whole truth and nothing but the truth, like it or not.

For The Truth Is…, Theory of a Deadman preserved the sound that fans worldwide have grown to love on Scars & Souvenirs [2008], Gasoline [2005], and Theory of a Deadman [2002], while expanding, enhancing, and evolving their approach. The band solidified their place at the top of the modern hard rock heap by exceeding Platinum sales with their breakthrough Scars & Souvenirs and with #1 Mainstream Rock Radio hit "Bad Girlfriend." The band also enjoyed a Pop breakthrough with “Not Meant To Be,” which was co-written by former American Idol judge, Kara DioGuardi. At the same time, other singles, "So Happy" and "Hate My Life," became crowd favorites on tours with everyone from Mötley Crüe and Godsmack to Daughtry and label mates Stone Sour. For The Truth Is… the band stuck to what works best, all the while pushing boundaries and elevating their game to the next level.

"Musically, not too much changed," says Connolly. "We had a bit of an epiphany when it came to songwriting though. We've been a band for over a decade now, and we realized what we're doing makes sense. There was a lot more confidence. I was able to dig in lyrically and be wide open. When I write, I either want to kiss someone on the lips or punch them in the face. Anything in between is boring."

To capture those two ends of the spectrum, the band hunkered down once again in Los Angeles’ Bay 7 studio during January 2011 with Howard Benson [My Chemical Romance, 3 Doors Down]. Brenner adds, "We really found our sound on Scars & Souvenirs."

"Lowlife" pulsates with stadium-sized energy, and it tells a clever tale in the process. Connolly reveals, "I thought it'd be cool to write a fun anthem about being a lowlife. It's okay to drive an old piece of shit car, get arrested and be a dirtball. Our fans aren't wearing suits and ties. They don't have diamond necklaces. They're regular people who like to party and sing rock 'n' roll music. The song speaks to them."

Elsewhere, Theory sneak in some humorous jabs on "The Bitch Came Back," a song that exudes a theatrical swagger with a rousing chorus and propulsive riff. The song began in a fashion that saw Theory reaching way back. “We love to mess around and try things, and we tried horns here. Horns can be rock 'n' roll," says Brenner.

Theory makes the horns sound very rock 'n' roll especially when they're wrapped in soaring distortion. For Connolly, these songs came from one of the most intense periods of his life. “There are a lot of lyrics that came from going through the roughest period of my life. I don't think I've ever been that beat up physically and emotionally. It took me awhile to get better, but as a result, this record is the best work that we've done," he said.

Ultimately, The Truth Is... stands out as the band's best work to date because it's about a shared experience with the audience for Connolly and Co at the end of the day. The frontman concludes, "I want to make a great song that can help get fans through hard times. I want them to take that music with them for the rest of their lives. I'm trying to write songs and change people, make them laugh, smile, or sing along. That's what I'm looking for."

The Truth Is… Theory of a Deadman found it. 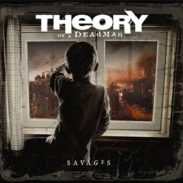 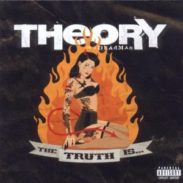